Hand me a Mirror!

If this is vanity publishing … hand me a mirror!

One week in. It feels incredible to write that out loud. A lot has happened in the last seven days – mostly internal stuff … the ghosts …. waves of feeling completely overwhelmed by this process I’ve started – a process that has triggered memories of past feelings of drowning. The definite impression of having been here before followed by the question: WHY do I take the hard and (mostly) solitary road? I’m saying this as someone who became a single parent pretty much straight after conception. This followed not so much from a choice as from a series of choices. Pretty reminiscent of how I’ve come to be in the self-publishing boat. Because much as the market for debut authors is very tough right now, I totally feel I’ve ‘done this to myself’ by sending out my manuscript too soon – BE WARNED!! ONLY send out your manuscript when it is 100% ready for publication. If you’re not sure then get semi-professional and/or professional advice from either a critique group and/or an editorial consultant. If you’re serious about writing, a one-to-one editorial consultant (I used Bella Pearson) is the best money you will ever spend. It’s probably also a good idea to stay clear of men who say they don’t want to have children (if you do). Ah well.

OK – enough navel-gazing and proselytizing. Moving from the ghosts onto goals, this week has been INCREDIBLE. So far I’ve managed to sell around 100 books, which does include a chunk gone to enthusiastic family members intent on distributing UMA & IMP across the East and West coast of America (thank you!). Even so, more copies have shifted than I could have hoped for. They have variously gone through the website (www.impprintbooks.com), Amazon, the book signing, and by order through bookshops (woohoo!). It was a huge buzz to wake up to an email with a four-book order from Nielsen BookNet (even if all I ‘made’ was 6p per book, ha!). Nielsen BookNet is the way booksellers know how to find you in the self-publishing wilderness. You automatically get registered when you set up your ISBN.

The book reading I was due to have on Sunday turned into a simple book signing because it was essentially a fund-raising sale at my daughter’s school and the logistics for a reading were too hard. But it was FUN! A slow stream of people passed my table, some stopping to buy, others stopping for a chat. It was great to speak to people about writing and the book. Better still, our (incredibly committed and enthusiastic) Head Teacher stopped for a natter and also bought five copies of UMA & IMP for the school. Subsequent to this I’ve had a call from the school’s Literacy guru to come and chat about doing some workshops. Also, my daughter has been busy on her own PR campaign, which has resulted in a date to do a reading for her class.

However, my next book sale/signing event isn’t until November 27 so following from the excitement of last Thursday’s launch and getting ‘out there’ on Sunday, I hit a panic. HOW do people sell books? And I don’t just mean people who have self-published, I mean anyone. Obviously it’s about exposure, PR, reviews, word of mouth, numbers … but still, HOW does it happen?

This question once again sent me through ghosts (overwhelm, can’t cope, too much) to goals. There is stuff I can do. Some of it will ‘work’, some of it won’t but it’s about sending out arrows. Lots and lots of them. My goal is to send out at least one arrow a day – something that might lead to something.

So far in the last week I have:

– Done one book signing/sale (above).

– Visited two independent bookshops, leaving books in one, Clapham Books. The other bookshop is somewhere I go past when I’m Walking but turned out to not be a good ‘fit’ (mostly travel books, almost no kids and not really paperbacks).

– Sent off a letter and book to Waterstones as part of their submission process for whether or not to stock. This felt a lot like sending off to a publisher. The best outcome at this stage is for them to agree to stock books in stores local to me because that is where my sales focus is.

– Phoned then emailed a bunch of schools about possible author visits. No luck so far (sigh).

– Sent off a letter and book to the SCBWI Spark Award, which is exclusively for self-published books. Again, a bit like sending off to a publisher – long shot.

– Booked two more signings/sales. Astoundingly, one school approached me: not sure how that happened, but guess it’s part of the magic of sending out lots of arrows.

Over the last seven days there has been a definite time-slip. And a passing through a vortex. It’s only been a week since launch but it all feels very different. For better and worse, I’m published and in a new groove. The ghosts will no doubt resurface but for today – I’m sending out arrows.

11 thoughts on “Ghosts and Goals” 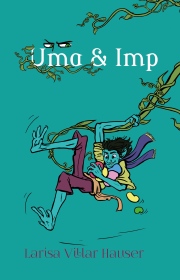